SynCat@Beijing has been founded to serve as an international institute on research, with a focus on the fundamental sciences behind coal-to-liquids technology (CTL). However, SynCat@Beijing wants to be more than a research institute alone. With the SynCat Ac@demy it wants to position itself as a knowledge and expertise centre in the supporting disciplines of our research interests, which regularly organizes short courses on catalysis, surface chemistry and materials science at the postgraduate level. (With its scientific leadership program it also wishes to help young academics by preparing them for their further career as a future leader in academics or in industry.)

That is why we have our first Autumn School of the SynCat Ac@demy, focusing on the fundamental understanding of surface science for catalysis. The workshop was held at the brand-new SynCat@Beijing Research Institute of Synfuels China Technology during 19th -20th Oct, with the enthusiastic support from Synfuels China and its General Manager Prof Yong Wang Li. Several renowned international as well as internal speakers were invited to give a solid foundational course on the basic principles of catalysis, as well as the importance and contribution of fundamental surface science to the field of catalysis. Even with a short amount of time for registration, more than 45 external, and over 80 internal personnel, expressed an interest to join the workshop. In order to satisfy this unexpectedly overwhelming response, an extra day of lectures (21st Oct), which included the essential parts of the workshop, was held at the Synfuels China lecture hall for internal participants. This was done to ensure that our venues would not be packed past capacity, and also to ensure the quality of interactions between the speakers and the audience during discussions. All participants received a course book with copies of the most important slides. 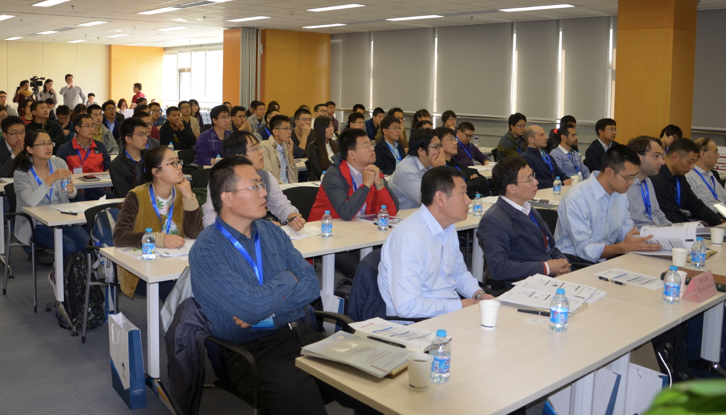 The Einstein Class Room of the SynCat@Beijing Institute was packed with more than 80 participants during Prof Yong-wang Li’s opening lecture.

On the first day, the workshop opened with a very interesting overview of the development of CTL technology by Prof. Li, covering topics from the history of industrial technological development, to pertinent new directions in the state-of-the-art advancements of the field, both in China and around the world. The very nice opening lecture attracted much attention and many questions from both participants and other speakers. This was followed by a five-lecture course throughout the day on the fundamental understanding of surface science for catalysis. Course Director Prof. Hans Niemantsverdriet focused on the bonding and kinetics of a catalytic reaction process. His message: The essence of a catalyst is that it breaks strong bonds, after which it allows other bonds to form. Prof. Mike Bowker emphasized the relationship between reactivity and structure of active sites on catalytic surfaces, and showed that the basic Langmuir-Hinshelwood concept of molecules reacting on a surface prevails in almost all cases where the most modern techniques atomic-level surface analysis have been utilized. The first day ended with a general discussion session in which participants could ask any questions about the course material or their own research experiences. During more than an hour, lots of queries from young researchers were raised to and thoroughly addressed by all the three speakers of the day. After a tour though the laboratories, all participants joined the dinner in the CFCG Grand Hotel at the premises of the YangSong Film Studios, where Professor Bowker entertained the guests with a witty Dinner Speech. 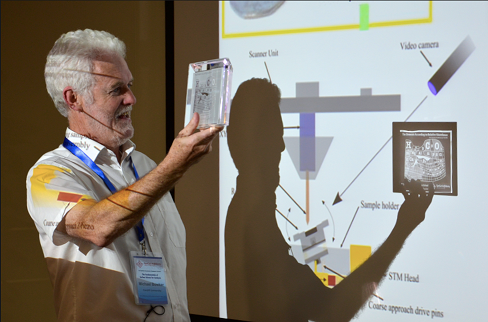 The second day of the workshop was devoted to our guest speakers who covered a wide spectrum of topics in catalysis, including Fischer-Tropsch related research, Fischer-Tropsch product selectivity control, theoretical calculation in catalysis, and application of surface science experiments to catalysis. Dr. Kees-Jan Weststrate and Prof. Ding Ma lectured on the mechanism of Co-based FT and Aqueous phase FT respectively; Prof. Ye Wang gave a detailed description of how to control product selectivity in FT; Prof. Xiaodong Wen introduced the basics of DFT theory and its application in studying surface reactions; Finally Dr. Tianfu Zhang introduced the various surface science techniques and their application to the study of ammonia synthesis. After the lectures, Profs. Bowker and Niemantsverdriet, both of whom are editors of current catalysis journals, hosted a session about scientific publishing and how to handle the ethics and interactions with journal editors’ and reviewers’ in the review process. This session was warmly received by all participants, and resulted in an extended session with many questions from the floor. 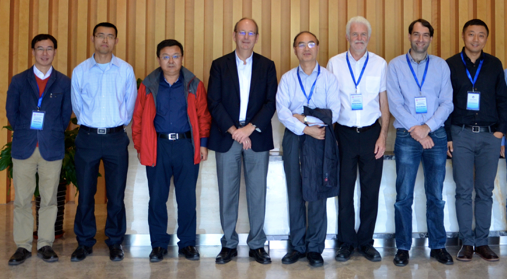 On the extended day of the workshop held at the Synfuels China lecture hall, Dr. Weststrate, Prof. Bowker and Prof. Niemantsverdriet reprised their lectures from the previous two days of the Autumn school. Around 45 participants from Synfuels China and SynCat attended this extra day of lectures, and further discussions were generated between the speakers and the audience. 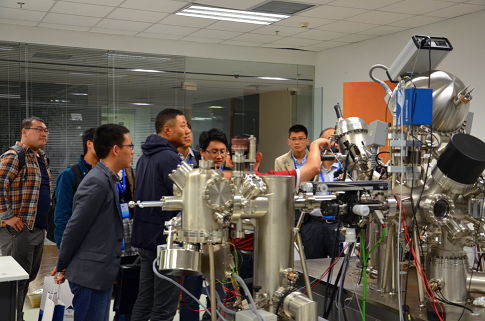 A lab tour along the UHV instruments and the transmission electron microscope at the SynCat@Beijing Institute was part of the program; the picture shows the STM – XPS combination

Feedback gathered through forms distributed to the participants and speakers showed that the workshop was a great success, both from an organizational and content point of view. Participants were mostly very satisfied with the food, accommodation, transportation, course materials provided, as well as the scheduled special discussion sessions. Many of them felt that they have learnt a lot through these lectures and would like to have more opportunities to attend similar courses organized by the Syncat Academy in the future. Some participants also expressed an interest in more specific topics and named some speakers they would like to see in the future workshops. This information is valuable to us in helping to determine and improve the organization and overall themes of our next workshop, which will be in the Spring of 2016. 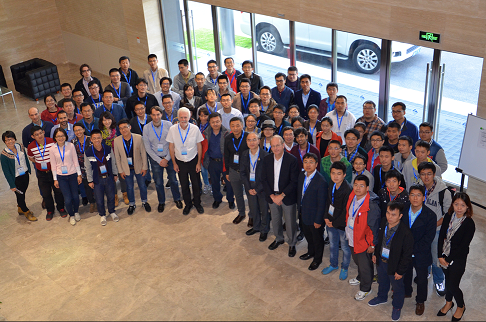 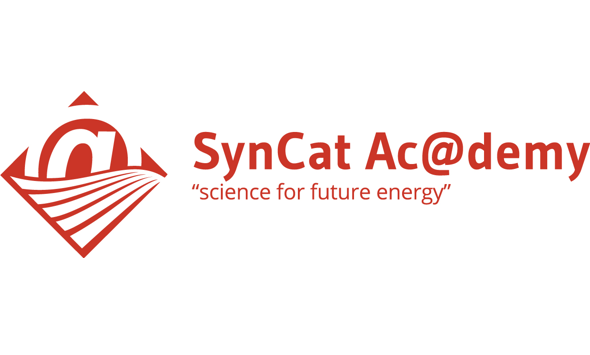