On Friday June 24, Justin (‘Judd’) Swift, Chief Executive Officer of Synfuels Americas in Washington, visited us at the DIFFER Institute. Like Syngaschem, Synfuels Americas is a daughter company of Synfuels China Technology. It was founded as a US small/medium enterprise, to promote research and business development on the basis of Synfuels’ CTL and GTL technologies.

Mr Swift came to learn about the activities of the DIFFER Institute, and in particular of SynCat@DIFFER, and to explore possible collaborations in research. Kees-Jan Weststrate and Hans Niemantsverdriet presented Syngaschem and its ongoing research program, and explained how the intensive collaboration with SynCat@Beijing works in practice.

Next week Justin Swift will join the Carbon Sequestration Leadership Forum in London, for which he is one of the founding members. 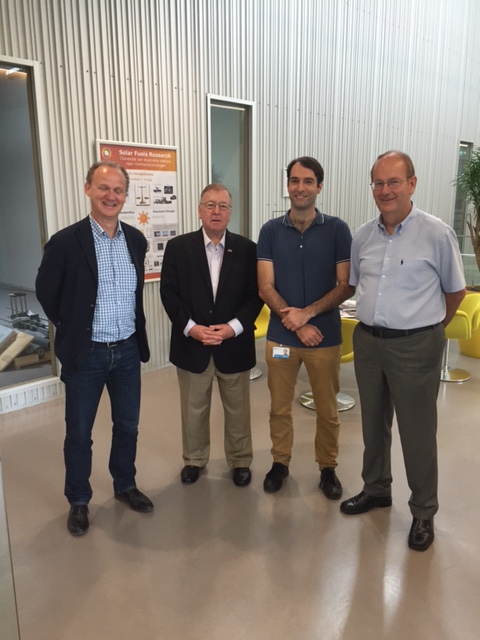