Syngaschem has been sponsoring several collaborative research projects at the Universities of Cape Town (UCT) and the Free State (UFS) for three years, through which it benefits from some unique strengths which are not available in Eindhoven or at SynCat@Beijing. Like in 2017, workshops were held last November at either university to discuss progress and the way forward.

University of Cape Town
On Friday November 16, Profs Michael Claeys and Nico Fischer hosted a meeting at UCT where Rosalind Stegmann and Mohamed Fadlalla presented their recent findings.
Using the famous in situ magnetometer at UCT, Rosalind investigated the stability of iron catalysts with respect to oxidation by water, a coproduct of the Fischer-Tropsch synthesis. By comparing pure iron with a potassium promoted iron catalyst, she found that the latter is less sensitive to oxidation, and thus more water tolerant. However, potassium makes the catalyst more prone to deactivation by carbon deposition. The magnetometer allows Rosalind to study such phenomena in real time, which is a nice and unique touch.
With a highly advanced analytical tool, called two-dimensional gas chromatography, Mohamed reveals a wealth of information of the product distributions of the Fischer-Tropsch reaction. For example, using an iron catalyst, the product slate not only consists of the expected olefins and paraffins, but also contains aromatics, oxygenates and acids. In this way the influence of promoter elements such as potassium, or the effect of cofeeding molecules like ethylene can be investigated with unsurpassed precision.
For both projects, joint publications are foreseen in 2019. 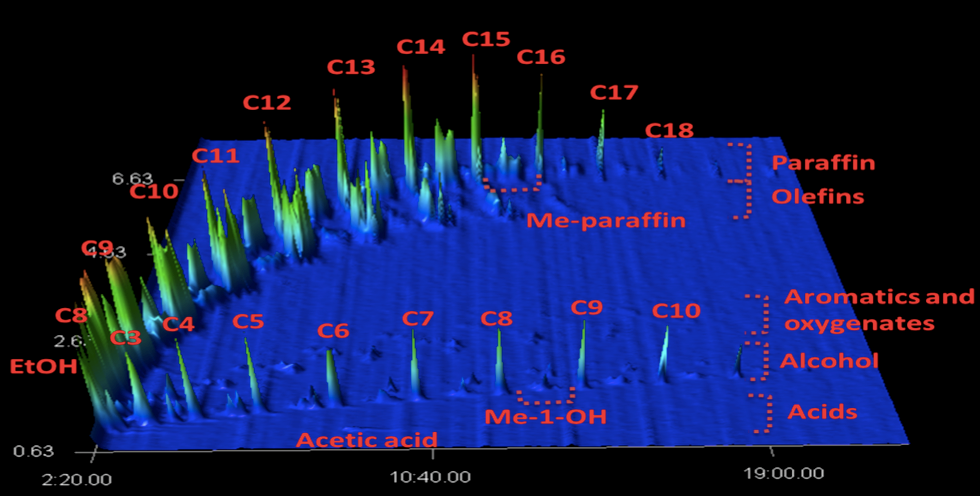 Two-dimensional gas chromatographic analysis of a Fischer-Tropsch product distribution, showing the great variety of products over an iron catalyst. 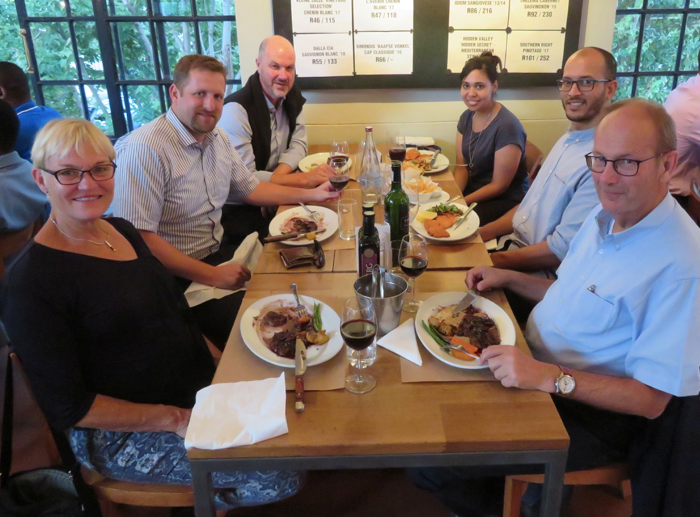 University of the Free State, Bloemfontein
Monday, November 19, 2018, Professor Jannie Swarts of the Physical Chemistry Department hosted the Syngaschem – UFS workshop. The group is specialized in highly refined chemical synthesis of unique organometallic compounds, and has an array of characterization tools at their disposal to study their new inventions. Syngaschem is particularly interested in three of their capabilities, namely to prepare bi- and trimetallic precursors that can be used for precision design of heterogeneous catalysts (Dr Blener Buitendach, Prof Jannie Swarts), to design metal-free catalysts for reactions of CO2 (Kgauhelo Mentoor, Dr Lisette Erasmus), and metal-organic frameworks for CO2 capture and release (Dr Ernie Langner). All projects have shown significant progress, and will lead to joint publications in the coming months. 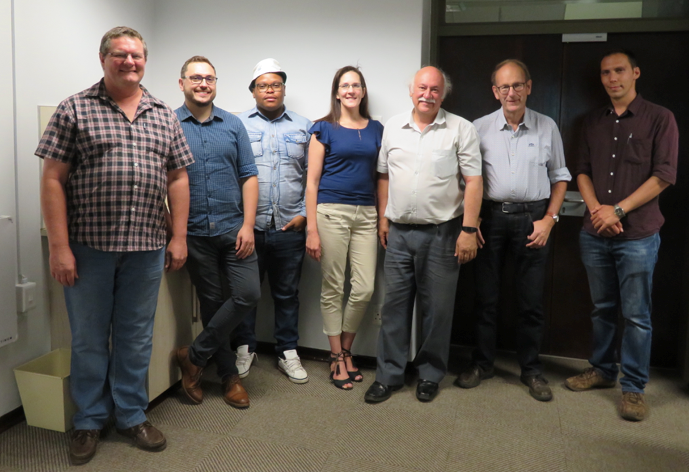 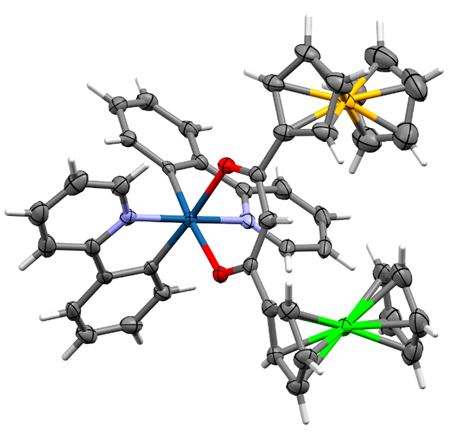 Example of a trimetallic organmetallic precursor that could be used to prepare a trimetallic heterogeneous catalyst on a support; blue: Iridium, yellow: iron, green: ruthenium (courtesy Blener Buitendach, UFS)