We are pleased and honoured to announce that Professor Michael Claeys of the University of Cape Town has accepted our invitation to be an official advisor for Syngaschem, as of the beginning of this year. Michael is internationally well known as a specialist in Fischer-Tropsch synthesis, and also for his successes in developing a unique in-situ magnetic characterization instrument that has revealed many important features of the stability of iron and cobalt catalysts under FTS conditions. He is frequently invited as a keynote speaker at leading international conferences.

For the past three years, Syngaschem has sponsored three projects in Michael Claeys research group, which involve the magnetometer and the highly sensitive GCxGC product analysis, for mechanistic research on iron and cobalt FTS catalysts. Regular progress meetings are held, like in November 2017 and 2018 in Cape Town, and in next August in Eindhoven or Aachen.

Curriculum Vitae
Professor Claeys obtained his PhD in Fischer-Tropsch catalysis at the University of Karlsruhe, Germany, in 1997 and then joined the Centre for Catalysis Research at UCT as a post-doctoral fellow, then Senior Lecturer, Associate Professor and now full Professor. Here he was instrumental in establishing a large research activity with focus on Fischer-Tropsch catalysis, a technology which lies at the heart of South Africa’s synthetic fuels and chemicals industry. Other research interests include the preparation and characterisation of nano materials and their use in catalytic applications, as well as the development of novel instrumentation for characterisation of catalysts at working conditions.

A large portion of his research is conducted in conjunction with a longstanding industrial collaboration with Sasol R&D. Professor Claeys is the Director of the DST-NRF Centre of Excellence in Catalysis, c*change, a large virtual and multidisciplinary Centre, where he also acts as the Manager of the Scientific Synthesis Gas Programme. This national Centre, which is hosted at UCT, involves 11 higher education institutions in South Africa and supports more than 50 postgraduate students, 15 post-doctoral fellows and some 25 academics and professional researchers. 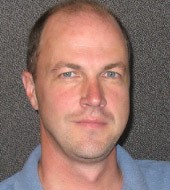