In de wake of the 2016 Olympics: ‘Our cyclist’ arrives at Rio

On July 10, 2016, Mark Koelen, amateur cyclist and charity fundraiser from Eindhoven, The Netherlands, has completed a heroic bicycle tour through the America’s to Rio de Janeiro, which took him over 10 months and 21.950 km. Mark was warmly welcomed by his friends from Estrela da Favela, a Dutch-Brazilian project advancing education and sports in the slums Rio.

Syngaschem BV had regularly supported his journey and his project. As announced, Mark arrived in Rio ahead of the Olympic’s opening ceremony – an impressive achievement! Syngaschem BV acknowledged this by granting an additional donation for Estrela da Favela of 250,- Euro. 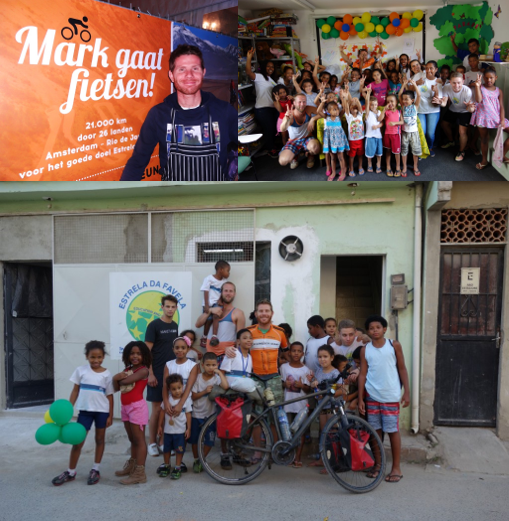