Syngaschem present at Forum on low-carbon development held in Shanxi

Former Syngaschem scientists Jose Gracia, Gilbère Mannie and Ajin Cheruvathur, now at SynCat@Beijing, represented Syngaschem BV at an international forum on low-carbon development. This congress was held recently (September 7-9) in Taiyuan, Shanxi province, with the aim of sharing ideas about low-carbon development between participants from all over the world.

Some 200+ representatives from 30 countries attended, among whom CEOs/Vice Presidents of major players in this field, and also Prof Carlo Rubbia (Nobel Prize in Physics, 1984). Shanxi, one of the major provinces in China with rich energy resources, is already on moving towards low-carbon energy development.

He Tiancai, chairman of Shanxi Jincheng Anthracite Mining Group emphasized the importance of coal bed gas (CBM – coal-bed methane). According to He, Shanxi’s CBM covers 15 trillion cubic meters, accounting for almost one third of the country’s reserves and equivalent to 1.2 billion tons of coal. “The utilization of CBM will improve the safety of coal production and reduce carbon emissions,” he said.

A representative of British Gas explained that the world has plenty of gas, which is likely to play an ever increasing role, at the expense of coal, and even of oil. He predicted that oil prices would stay under pressure for a long time due to the shift to gas. The general message echoing from the forum was that low-carbon footprint will be the dominant factor governing the fuels arena in the coming decades, not in the least because of strong political support.

Jose, Gilbère and Ajin enjoyed the opportunity and had among others a lively discussion with the Vice-President of the Shanxi Lu’an Group, a big investment company in the energy sector, who showed great interest in the present state of scientific research in the area of sustainability.

Also present from the SynCat@Beijing Laboratory were Ryan Sharpe and Hong Shen.

Based partially on an article in the China Daily (chinadaily.com.cn); photos by Jose Gracia and Gilbère Mannie. 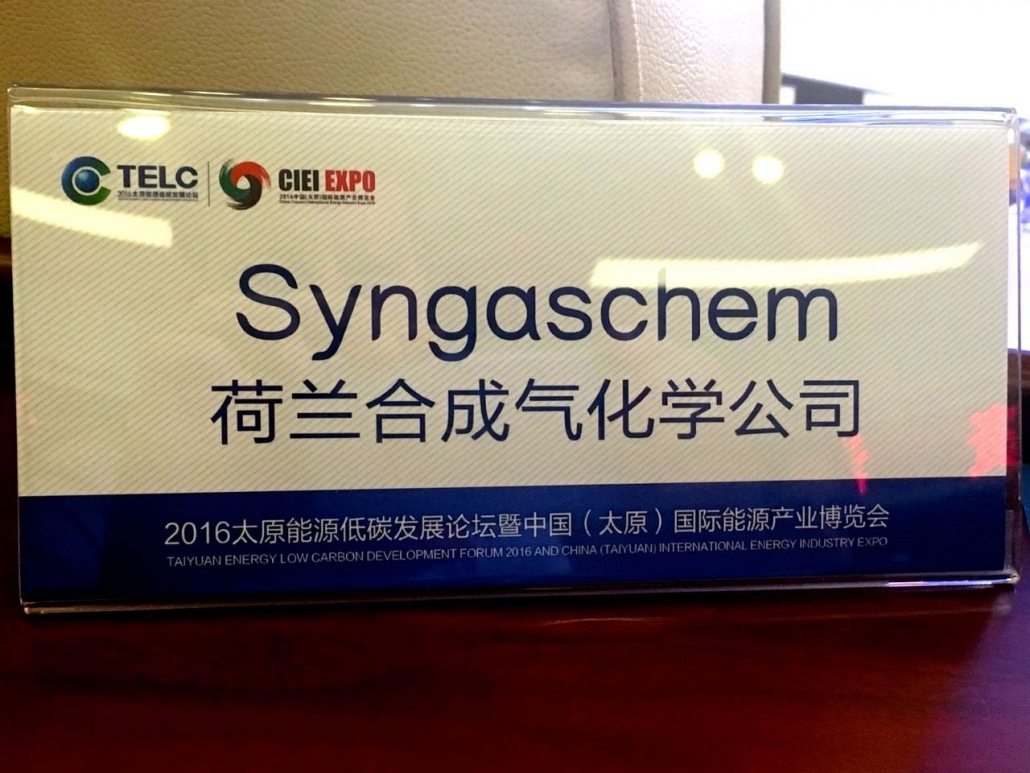