March 29 to April 1, 2015, Cape Town. The second Syngas Convention, organized by the c*change catalysis network of South Africa, was held at the exquisite Vineyard Hotel, and was well attended by some 125 syngas experts from all over the world. The program featured not only many contributions from the Fischer-Tropsch area, but also on the topic of chemicals from syngas. During the conference, two heroes from the field were honoured for their eminent contributions: Professors Hans Schulz and Mark Dry.

During the lectures, an artists made cartoons of the presentations, some of which are shown here. The conference was a great success, and we look forward to the next one in the series, in 2019, most probably.

Historically, this convention is an important conference for Syngaschem BV, as this is the place where the first contacts with Synfuels China were established in 2012. Hence, Syngaschem BV was happy and proud to be a gold sponsor of this valuable conference. 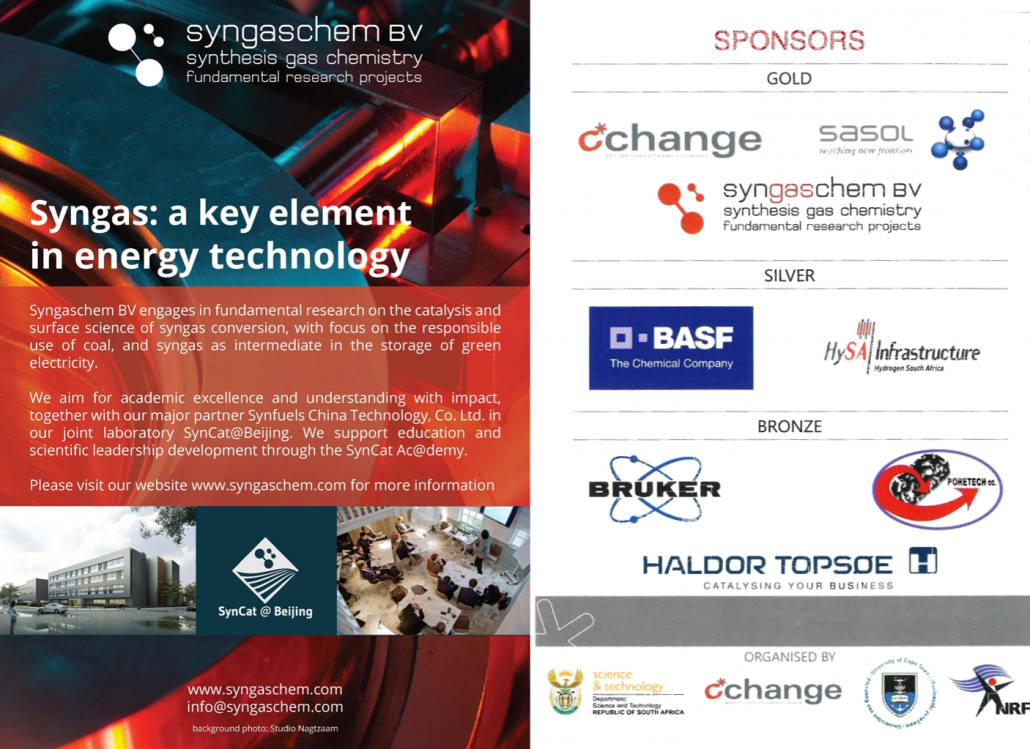 Two pages from the progam booklet of the Syngas convention 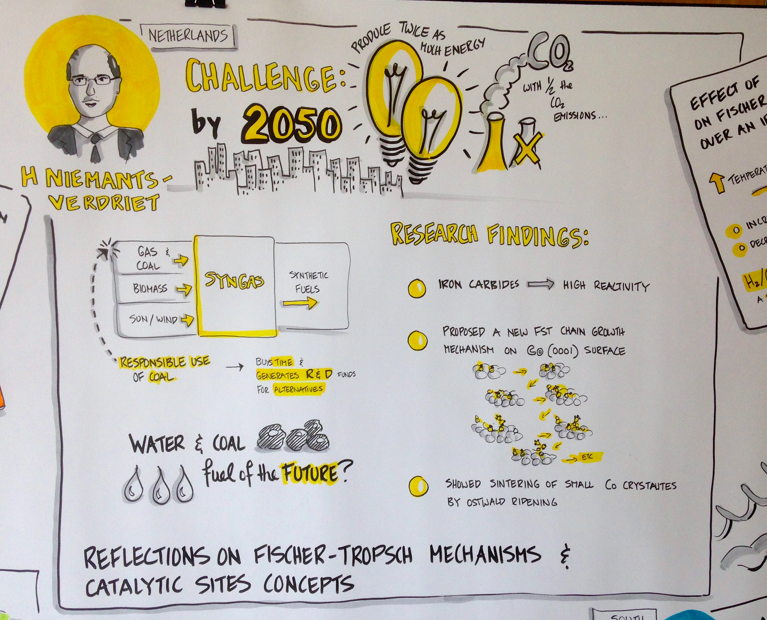