April 16, 2015, Eindhoven. Syngaschem BV made an important step towards its future, by signing an agreement with the new Eindhoven-based DIFFER Institute, the Dutch Institute For Fundamental Energy Research. The latter just opened a brand-new building at the TU/e campus, where Syngaschem BV will be housed at the end of this year.

Syngaschem, Synfuels China and DIFFER have a common interest in the use of syngas for the storage of electricity in synthetic fuels, as a contribution to a future sustainable energy supply. The concept which DIFFER and Syngaschem BV together want to pursue is to use green electricity to convert water (H2O) and carbon dioxide (CO2) into syngas, which can then be converted by Fischer-Tropsch and other processes.

By collaborating, DIFFER and Syngaschem hope to create synergy between their research programs and their research teams, and they hope to benefit from new public-private funding schemes, for example from the Netherlands Organization of Research, NWO. 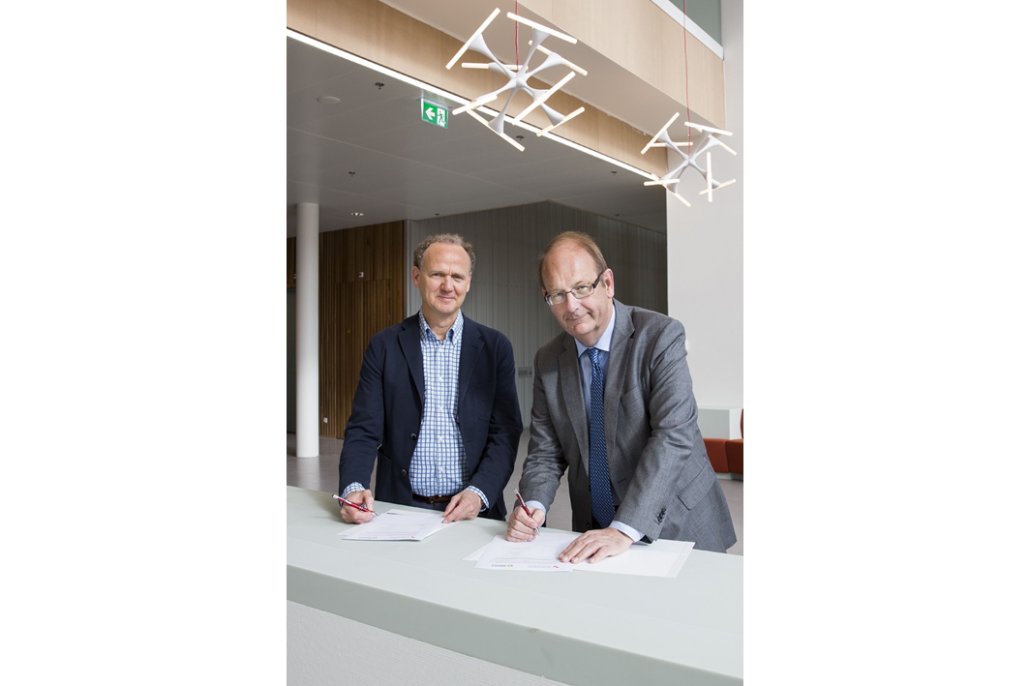 Download the Press Release in English and Dutch here